Is Slovakia’s legal education system sufficiently preparing a new generation of international lawyers for the dilemmas they will face across the globe? They will be challenged by a variety of legal cultures across the world, different understandings of what “law” is, and how ethics comes into play in this increasingly globalized, and often increasingly troubled, world.

How should the Slovak legal education system evolve to prepare its graduates for the challenges of today’s legal issues, such as negotiating with “adversaries” (imagine North Korea or various types of separatists)? What changes beyond the classroom would further promote global engagement? What tools will graduates need to gain a better understanding of their adversaries, and help them become sophisticated lawyers able to resolve disputes with worldwide impacts? 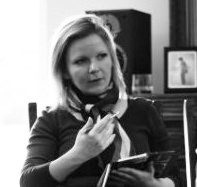 Please join us for a talk by Martina Hrvolova who recently joined the International and Comparative LL.M. Program of the George Washington University Law School. Previously, she served as a human rights expert in the Slovak Foreign Service from 2005 to 2010, when she was appointed Executive Secretary of the Slovak Chairmanship of the Council of Europe in 2007. Between 2010 and 2015, she was posted to the Slovak missions to NATO and the EU in Brussels, Belgium, and primarily advised on public affairs, NATO partnerships, EU enlargement, and the Western Balkans. She received her PhD in European Civil Law in 2010. Ms. Hrvolova is an acting judge in the most prominent international moot court competition and currently serves in the office of the ranking member of the Foreign Affairs Committee of the U.S. House of Representatives.